How to Drink Less at Wine Events.

We’ve all been there, most of us many times. You wake up the morning after a wine event, exhausted regardless of how much sleep you got, the taste of wine rancid in your mouth, thirsty, a headache forming behind your eye sockets, wondering if you were too chatty, too flirty, or revealed too much to someone you have a professional relationship with, excoriating yourself for having talked shit about someone you actually really like for no apparent reason other than that you were drunk, drunker than you wanted to be, drunker than you meant to be.

How did this happen? You took it easy the previous night; you drank water all day, and ate to make sure your stomach was lined. The evening started off relatively calm, with some Champagne, which of course you went back for seconds of because it’s Champagne and the best thing in the world. All day you told yourself “I’m not getting drunk tonight.” And — I mean — how could you possibly have gotten drunk from wine-pro-sized-pours, which are usually around 2 ounces at most? (The logic here is somewhat like erroneous dieting logic that foods eaten standing up without a table, knife, and fork don’t contain calories. Yes, they do. And 2 ounce pours contain alcohol.) The point is: 2-4 wine professional sized pours equals a glass, and if there are 20 wines to be tasted, you’ll drink at least 3-4 glasses of wine, which these days is enough to make me hungover. 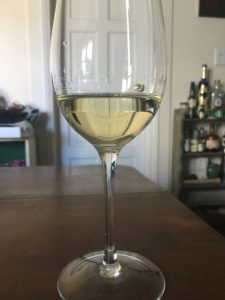 Back in the day (read as recently as 2012-ish), I was un-phased by wine dinners, so un-phased in fact that more often than not I’d head to the dive bar where my man-friend at the time worked to take shots and drink beer after the wine dinner. Though this was never a good idea, I always woke up the next day able to sweat it out in the morning with a run, able to go to work, not feeling great, but the hangover adequately balanced by warm fuzzy memories of the night before. This would be unthinkable now. I cannot remember the last time I hit the bar after dinner.

You hear it all the time: hangovers get worse as you get older. Here’s another thing: the less you drink generally, the worse the hangovers are. It’s a frustrating irony because if you love wine, drinking less of it, and many days not drinking at all, is a form of self denial. You’d think there would be a nice reward, and there is: you feel great when you haven’t been drinking. But when you do drink, you feel way worse — it’s like working out after taking a month off. Sometimes I wonder if I used to be mildly hungover to really hungover all the time, and now I’m experiencing a kind of sobriety that didn’t exist in my late 20s and early 30s. But the truth seems to be rather that — in terms of the way I feel the next day — there’s very little difference between no wine and 1-2 glass, but a huge and intolerable difference between no wine and 4-5 glasses.

Over the past year or so, I’ve been testing out ways to consume less at wine events, while still tasting as much as possible. On the subject of professionalism: we work in the booze business, but getting drunk while working is unprofessional, same as if we were nurses or journalists, or code-writers, etc … For me, swallowing wine during the work day is unprofessional. One of the best ways to create good work/life balance in the booze business — doing something for work that most people do for fun (namely boozing) — is to spit 100% of the time when at work, and wait until after hours to swallow. This keeps me sane, allows me to create clear boundaries between work and pleasure. This also allows me to distinguish between wines I taste for edification, wines I sell for my job, and wines I drink because I want to. It helps keep my vinous proclivities personal: the stuff I taste for work versus the stuff I drink for fun. Still, every week in this line of work there’s at least one event (usually more than one) that straddles the fence between work and play. For those countless events, here are some tips for drinking less, and feeling better the next day.

For every bottle of wine you bring to the party, bring one bottle of sparkling water, and match your wine consumption with sparkling water glass for glass. (You will pee a lot.) Every six months or so I get together with a group of Chambers Street employees and customers for a Champagne dinner. For every 750 of sparkling wine we drink, we drink one bottle of Pellegrino, and we line the dead soldiers up along with the hatcheted bottles of Laval and Agrapart to remind ourselves of the importance of interspersing the two. Clearly the one-to-one ratio of water to alcoholic beverages is a standard, but most people have a hard time sticking to it. In order to set yourself up for success adhering to the golden ratio, make the non-alcoholic beverage something delicious like lemon-lime seltzer, make it something you want to drink.

After a certain point in the evening, only drink birth year bottles. If you’re attending a large scale hatchet fest, pick and chose. Let’s face it, no one can maintain a fresh palate after several hours of drinking. Pick the small handful of bottles you can’t live without trying, and leave the rest alone. The past few summers, I’ve attended a day time bash in Connecticut with my friends from Transatlantic Bubbles. It’s becoming a legendary party, which starts at noon with magnums of Champagne and goes until there’s no on left standing. I’ve fallen asleep on metro north after this party; I’ve drunkenly contacted multiple ex-boyfriends after this party; I’ve swigged Champagne out of the bottle on metro north after this party; I experienced one of the worst hangovers in recent memory after this party. However last summer, I drank 2 Poland Springs over the course of the afternoon, and when the red wine started flowing, I stopped drinking, save for a bottle of birth year Barolo. I was sober enough by the time we left to act as navigator on the way home, and was shocked to find myself in fine form the next day.

Spit or dump 50% (or more). Over Rieslingfeier week, I attended a wine dinner at Rouge Tomate. There were spit cups next to every place setting. It was fantastic. We had between 10 and 15 wines to try over the course of our meal, and I made a point to spit every other sip thereby still enjoying the feeling of a light buzz, while cutting my alcohol consumption in half. Most restaurants will not put a spit cup by every set of glassware, but you can always ask for a dump bucket. In professional circles, this is totally acceptable, and others will probably happily join you in spitting and dumping.

BYO spit vessel. I experimented with this tactic at The Big Glou, which was a mélange of wine professionals and civilians. I had a suspicion that the event would be well attended (it was), and that the spit buckets would be hard to reach (they were). I brought a glass jar to spit into, and carried it with me throughout the tasting. This was a great idea, and I received lots of positive feedback from other tasters who told me they wished they’d done the same. I didn’t have to chose between swallowing and loitering next to the spittoon. Non-verbal communication consisting of hand gestures and grunting with a mouthful of wine was kept to a minimum. Later in the day when there were drunk people jostling me, I was glad I’d brought the lid, which kept my clothes, face, and hair free of spit bucket backsplash. (It’s gross, but that’s life in the wine business.) 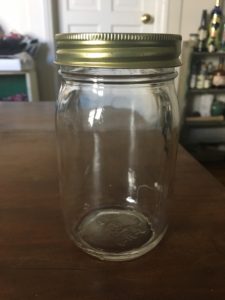 Discontinue consumption at least half an hour before you leave the event. Pick a wine, and tell yourself “this is the last thing I’m drinking tonight.” Of late, the biggest problem for me with wine events hasn’t been the hangover, it’s been the shitty sleep I get when I go to bed with booze in my system. I wake up at 5am; I can’t fall back to sleep. The wine in my body at bedtime wrecks my sleep and leaves me knackered and useless the next day. If I stop drinking well before I leave the dinner or the party, I’m sober by the time I arrive home, and I get good sleep.

Bizarrely, Invisalign has helped enormously with this because when I’m wearing the plastic in my mouth, I’m not supposed to drink anything but water. So once I’m through drinking, I sneak to the bathroom, quickly brush the tannins off my teeth, pop the liners in, and return to the soirée, where I’ll keep socializing, but with a glass of water rather than more wine. It sounds dumb, but works great, and I’ll probably keep doing it even when I’m through with the procedure.

A dental procedure that has unexpectedly benefited my drinking life.

In the ideal world, we’d be able to exercise self control all the time. We’d never over indulge and we’d never feel like shit the next day. But realistically, in this line of work, excess happens, hangovers happen. The best we can do as grownups in the booze industry is to find some sly tricks to reduce the alcohol’s wear and tear on our bodies.