Coming soon to a self-involved wine blog near you … 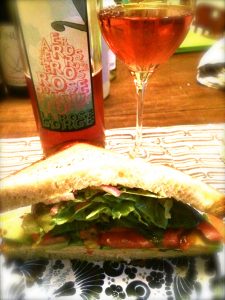 I’ve been on the brink of a crisis of faith with the blog for some time, recalling the emotional turmoil surrounding my dear friend Brooklynguy when he decided to stop writing, and wondering if I’m experiencing the same, loving to write but not knowing why and for whom. For a minute it looked as though my website manager (intentional over-statement here) was gone, and that eventually I wouldn’t be able to perform the minor tasks required to maintain the site. And then five years worth of useless words would just disappear into the ether in a fittingly romantic end. But it turns out he’s still around and willing to help when something goes wrong, so I won’t be closing up shop for lack of a tech savvy friend. 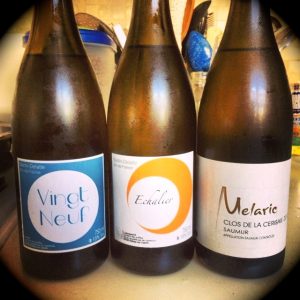 My self-esteem is in bizarre limbo right now. Schnook life is fantastic for its freedom, its sociability, its basis in relationships and networking, the opportunities it affords to eat and drink well, while getting an enormous amount of exercise, thus depleting the calories inherent in eating and drinking well. But it drains the self confidence, makes me feel small and insignificant, one of half a dozen smiling faces walking in the door with something to sell. Being a buyer elevates the ego; being a schnook topples it, the nature of the beast, and I’m not complaining. This is the best gig I’ve had since leaving Chambers Street, hands down. 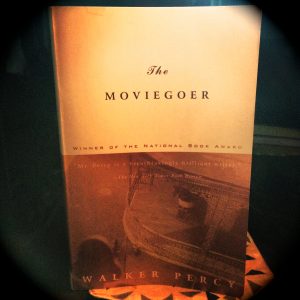 “What is the malaise? you ask. The malaise is the pain of loss. The world is lost to you, the world and the people in it, and there remains only you and the world and you no more able to be in the world than Banquo’s ghost.”

The malaise (to reference my new favorite novelist, Walker Percy) is not work-related. Beholding the lines on my face, I seem positively ancient; I stare at my crooked teeth in the mirror and feel hideously ugly, chastise the souls of my parents for not ponying up for braces so I could have a perfect smile like all the pretty ladies. It’s like I’m a teenager all over again, but additionally plagued by the sensation that these feelings are totally absurd for someone at the ripe age of 35 living a distinctly privileged existence! I think: let me go on a diet, or quit drinking; there must be something in my power to control. The problem with diets and tee-totaling is, of course, that eating and drinking is literally part of my job. Putain. Qu’est que je peux faire? 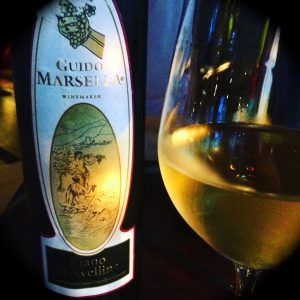 Will Piper opened this bottle of 2009 Marsella Fiano for me at The Four Horsemen the other night. It was perfectly smoky and saline, rich and mouth-filling, a wine that looked, smelled, and tasted half its age. I hope to mature like a fine Fiano.

At the heart of the malaise (and this will be the most personal thing I’ve ever written on this blog) is the fact that I am now alone. I used to have a partner in crime, someone to drink Champagne and eat BLTs with (for example), and now I no longer do. And so I hearken back to a conversation with my oft-referenced Canadian friend Étienne, in the winter of this year. We were walking home from Hotel Delmano, kvetching about things that bother us in the wine world, unicorn wines, social media braggadocio, pretentiousness and snobbery; we concluded that most people have it all wrong. Happiness isn’t drinking an old Gentez, or Selosse rosé, or Vin Jaune from Pierre Overnoy, DRC, or even ’79 Clos de la Roche from Hubert Lignier (the best bottle of wine in my memory today). Vinous happiness is sharing a delicious bottle of something, over a meal, with someone you love. That’s as good as it gets (Étienne and I tipsily concluded that night). It’s going to sound preposterously cheesy, but if there’s no partner in wine-drinking crime, then there’s no point. I might as well drink water, and get up refreshed for a session of battle rap paired with senselessly competitive and scorching laps on the track. Does that make sense? 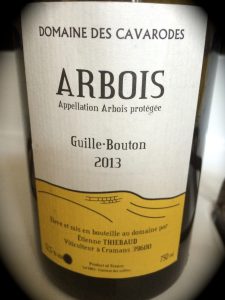 This wine instantaneously transported me to the Jura, to a malaise-free zone. It smells like cellars, the dark part of the comté cheese near the rind, the marl and clay over limestone, the tension between oxidation and purity that can only exist in this region. It took me winding through memory and back.

One thing I can do to combat the malaise is to travel, and travel I will, all the way to the west coast of the United States to learn something new about wine. I’m headed to Portland on Thursday morning to visit Scott Frank of Bow and Arrow, Kate and Tom from Division, Analemma, and more. And let me assure you that I cannot wait to digest those visits into prose. I can’t promise that I’ll bring the same bright-eyed, bushy-tailed, strong-ego-ed enthusiasm that I brought after Zev and I visited Jean-Marc Brignot, after my first stint in the cellar with Benoït Lahaye or Vincent Laval. (After all, at that time I believed people cared!) I can promise that I’ll find out what these Oregon folks are up to, and attempt to put it in the context of French winemakers and their practices.

Then I’m going to North Carolina to undertake a much harder task, a task that lingers in the back of my mind, doubtless contributing to the malaise, yet inescapable. I’ll be spending two weeks doing bricolage on my parent’s house, virtually unchanged since my father passed away almost 5 years ago, getting it ready for the next phase of its life, and in a parallel universe perhaps getting myself ready for the next phase of mine. House dealt with (wisdom teeth finally out), I’ll finally be ready to grow up! Just in time to make those numbers in the 4th quarter …